Round glasses frames are the original, classic eyeglasses design. In the early 20th century, round, 'circle' glasses were the only shape you could find. Round eyeglasses are simple, elegant, and natural, honest and intelligent, thoughtful, chic, independent, and smart. The orb shape reminds us of enduring qualities like the sun and moon.  Round glasses and round sunglasses have always been a fashionable pick by movie stars; who doesn't know what "John Lennon glasses" are? Political figures like Mahatma Gandhi use the circle glasses frames' shape to add personality and flair. However, circular eyeglass frames are not easy to find or order in eyewear stores. Most Popular Round Frame Glasses 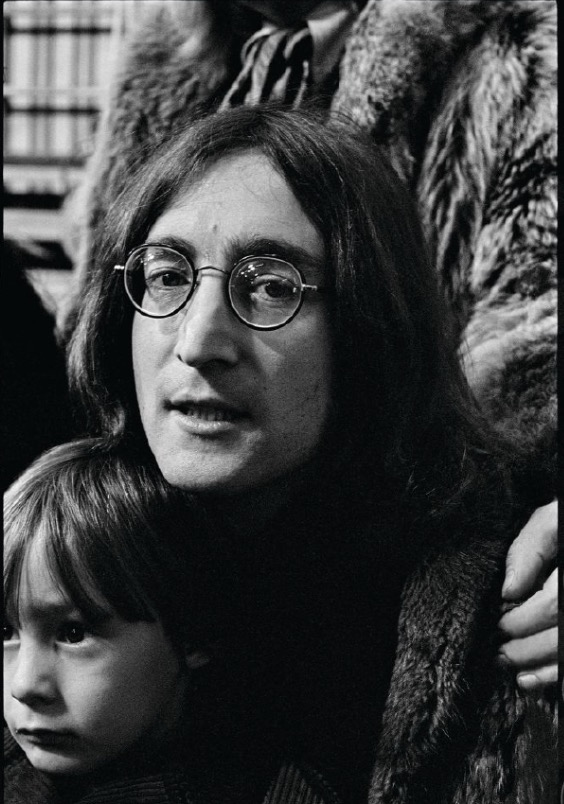 The most popular round prescription glasses featured on our site are easy to spot. First, in the Dolomiti Eyewear line, are the stylish RC2/S with skull temples, and the trendy RC4/C with cable temples. There are many other variations of these cool metal-frame styles in the Dolomiti Eyewear collection, which is one of our best-selling brands. One of the newest additions is the attractive N1110 which is coated with 24 Carat gold and is also a perfectly round model.

Round eyeglasses are available with nosepads, or with a saddle bridge. They are also available with a regular skull temple, polo style temple, or with the popular curly cable temples to help the frame stay on more securely. Be smart: Don't spend hours looking for the right circle glasses to fit your face shape;  whether you are looking for men's round glasses or women's round glasses, shop the best round frame shape collection at Eyeglasses.com.

Our next most popular round frames are the classy Panto 8 (which is not a true round), which has a contemporary "panto" style, round at the bottom and flat at the top. Also, the designer K1396 which is a smaller variation on that trend, and the DM8 in metal.  In round plastics, we have the latest  K1410, and also the K957, which is a small round frame. For those of us that like rimless designs, check out the Core 1 and the Core 2 models, will different types of temples supporting a perfectly round pair of lenses.  We also love the K1530 which is a metal panto design.

If you are looking for a smaller lens on your circl frame glasses, either for style or because you have a strong prescription, choose from the RC5 in round, and also the DM7 in a small oval.  Both are available in skull or cable temples.  The Dolomiti collection also offers  useful features and details such as matching sunglass clips for the round shapes. For circular glasses in plastic, we also recommend the Anglo American round eyeglasses. Anglo American eyewear is made in Europe with top quality, lightweight materials and our customers love them (unfortunately, there are currently long delays to wait for Anglo American eyeglasses). The most famous of the Anglo American models are the AA400 (perfectly round) and the AA406 (panto, almost round).

Other standout perfectly round models include the Anglo American Groucho. In the panto almost round category, our best sellers include the Jones New York J516,  the Ray Ban RX3447 (which can be made into eyeglasses), and the Ray Ban RX2180V. The Eyeglasses.com round eyeglasses collection is unsurpassed in the world for the size and breadth of high quality round eyewear options.

Round sunglasses are nearly as popular as round eyeglasses. Round polarized sunglasses for men and women are fashionable and functional, since they cover a large area of the eye and provide good sun blockage. We have also built a whole category for round sunglasses, because the people that buy round glasses also go out in the sun!

The round shape, we call a circle, has been adopted in every conceivable domain of human experience ranging from money and art, architecture and religion, to fashion and round eyeglasses. The shape remains as prevalent today, as it was in prehistoric times. A preference for circular shapes is deeply ingrained in all of us from birth. Over the last century, researchers on human perception have tried to explain our innate propensity for circular and curvy shapes.

The Circle Is Universal 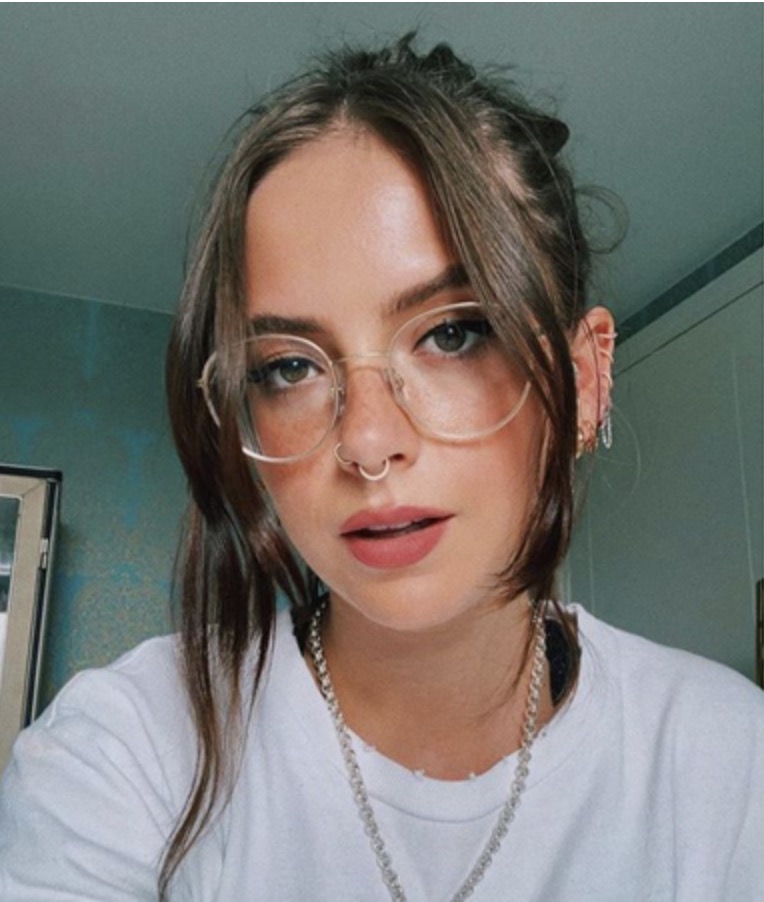 The circle, as the ultimate curvilinear shape, encompasses all of the attributes that attract humans: a safe, graceful, gentle shape that evokes peacefulness, calmness, and relaxation. Think of the shape of one’s mouth when chanting om during a yoga class, although one should recognize that its significance extends far beyond any yoga class.

The second explanation for our round-shape proclivity is rooted in the idea that human faces and their emotions can be expressed with simple geometric shapes. Consider the number of expressions that are represented by the very simple configurations of emoticons.

Round Sun and Moon

There are many categories of round objects[4], some spherical and some flat. Some of the oldest and most enduring round shapes are the depictions of the sun and the moon. The flat round shape of the sun and moon have been immortalized in art and architecture for thousands of years. Depictions of the sun are always round while depictions of the moon are either round, or crescent shaped. Sometime around 500 BC in Greece, Pythagoras first proposed that the Earth was round. Pythagoras reasoned that if the Moon was round, then the Earth must be round as well. A century and a half later, Aristotle put forward what was likely the physical evidence that the Earth was spherical. Maps were designed to reflect this and round globes were designed and built to show in better perspective the placement, size, and shape of the continents.

Round In Other Places

If you look around, you will discover many round or spherical shapes. Just look in a mirror. A close up of a human eye reveals that the pupil is almost a perfect circle. Humans, like many vertebrates that are mainly active during the daytime, have round pupils that are designed to be effective in bright light.

Everything in nature tends towards stability by reducing its entropy or randomness. The circle, disk and sphere are the most stable shapes in their respective dimensions. Gravity is responsible for the round shape of celestial objects. In the absence of gravity or any other shaping force to act on objects tend to occupy the maximum area or volume possible. And, it turns out that the circle has the maximum area of all shapes for given dimensions. Nature likes round and spherical shapes.

Flowers are also great examples where nature has created “round”, circular or spherical flowers. Consider flowers such as dandelions, daisies or asters that have outside petals arranged around their centers. Or the spherical Dahlia or Allium, with its bulbous, globe-shaped flower head. Many flowers have this symmetry and when drawn in a simple style they all appear round.

Round Shapes in Spiritual Symbols

The round shape is so basic, so prevalent in nature, so old, and so common, that many of the most important spiritual symbols have a round shape or are encompassed in a round frame.

The ancient symbol known as the Circumpunct, dot in the circle, circled dot, circle with a point, is one of the oldest symbols known to humans. According to Gnostics, it is the most primal aspect of God. To Greek philosophers and the Pythagoreans, the Circumpunct represents God, or the Monad, the point of the beginning of creation, and eternity. It is the Keter of the Kabbalah; the alchemical gold of the alchemist; and the sun of astrologers and astronomers.

A mandala is a spiritual and ritual symbol which means “circle” in the Sanskrit language Most mandalas are either round, or square in shape with a large round shape in the middle. Common to the Hindu and Buddhism philosophies, a mandala usually represents the universe.

The Yin/Yang symbol is prevalent in Chinese philosophy https://en.wikipedia.org/wiki/Chinese_philosophy and is a graphical representation of the balancing forces of light and dark, negative and positive, male and female, etc. These forces may seem to be contrary, but in fact are complementary and interconnected, showing how they both are required in the natural and spiritual worlds in order to be complete. The Yin/Yang symbol is prevalent in the Taoist philosophy and also in Confucianism. 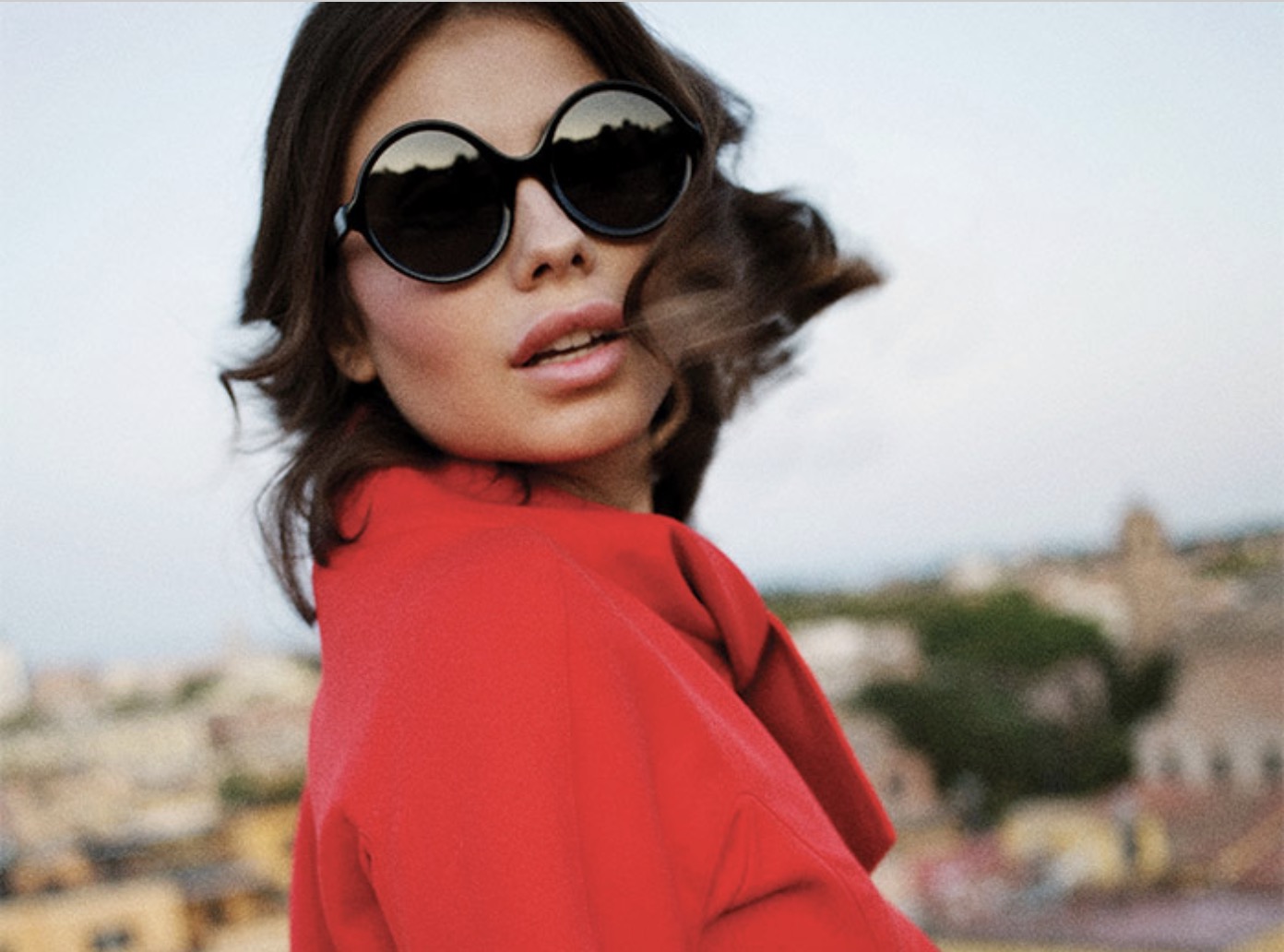