Original Penguin sunglasses stem from a tradition that goes back over 100 years to a Minnesota factory, where Abbot Pederson worked as a salesman for Munsingwear.  Adopting the cute and fashionable Penguin, Pederson's designs became adopted and popularized by some the greatest celebrities of all time, including Frank Sinatra, Dean Martin, Arnold Palmer, Clint Eastwood and many more. Original Penguin eyeglasses are a brand that mainly follows classic, clean and sleek design principles with smooth lines running through both the slim and chunky frame styles. The coloring tends to be executive blacks and other muted businesslike tones but they also deliver frames that stray from this to give more variety to their offering with dual tones and most notably those with solid white segments that really make you stand out from the crowd. 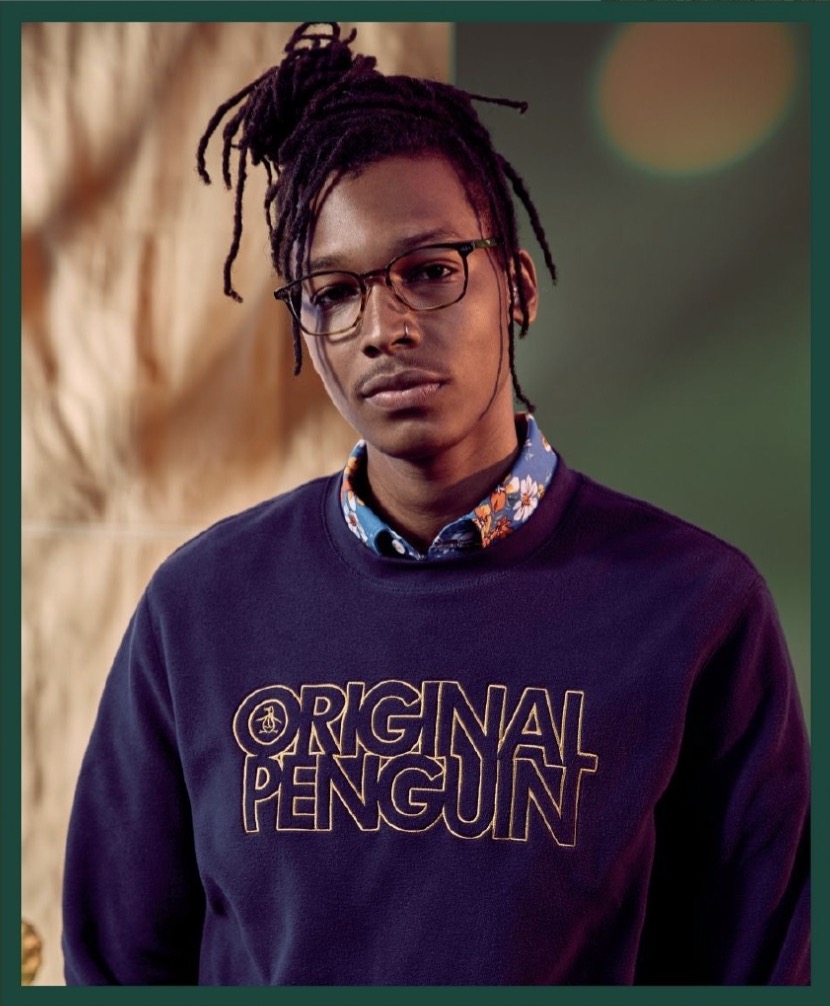 The glasses come in all of the current in trend shapes - aviator, modified oval, modified round, navigator, rectangle, oval, round and square with half and full rim varieties available. Stand out glasses products in the range feature novel design features such as an elegant spotted pattern, double bridges across the nose and even tactile elements such as inset diamond shaped indents.

Original Penguin has an interesting beginning starting in 1955 in Minneapolis where it was a brand introduced by Munsingwear, an underwear company. Original Penguin was originally a brand of golf shirts that went up against Lacoste, and in order to market well against this already dominant brand, marketing came up with the Penguin logo. Bob Hope and Bing Crosby were used to advertise the brand and also professional golfers such as Arnold Palmer.

Later on they expanded into also producing bowling shirts again featuring the now famous penguin. The Original Penguin brand then expanded into non sporting goods with a large range under the Original Label product line. This product line offers clothing for men, women and children and is available from many mid and high end stores including but not limited to Barney’s Macy’s and Urban Outfitters making sure that their brand reaches many, many locations from New York City to California.

What is very interesting about the Original Penguin glasses collection is that each individual frame is uniquely named, not with a product number as many other brands do, but with an actual identifiable, personal name. Examples include “The Vargas”, “The Gondorff” and “The Luck”. It gives a nice indication of just how much care and attention to detail are put into their frames. It makes it clear that they really care about each product they produce which is also reflected in the design itself.

Original Penguin may not be seen as a designer brand, but their glasses collection certainly gives off a very fashionable and trendy feel that screams luxury and class. It just goes to show that it is best not to judge a brand based on its other lines and in this case it is very clear to see that if you allow the eyeglasses collection to speak for itself you will find some truly spectacular items that you may have otherwise missed out on.

Original Penguin glasses stem from a tradition that goes back over 100 years to a Minnesota factory, where Abbot Pederson worked as a salesman for Munsingwear.  Adopting the cute and fashionable Penguin, Pederson's designs became adopted and popularized by some the greatest celebrities of all time, including Frank Sinatra, Dean Martin, Arnold Palmer, Clint Eastwood and many more.

Today, Original Penguin brings that iconic heritage into the modern day with stores all around the world selling a full lifestyle brand.  Original Penguin eye glasses are part of that portfolio because eyeglasses are the first most distinctive accessory that a person can wear.  Original Penguin glasses frames exude the kind of confidence and impartiality that sets leaders apart from the regular crowd.