Tom Ford sunglasses have become one of the most popular eyewear brands in only 15 years since its founding. The entire sunglasses collection shows his mastery in the fashion world. Predictor and initiator of trends, Tom Ford has long been a style icon who continues to lead and mold the mood of the moment. A potent vision of modernity and glamorous allure can be seen in all his creations and products, which feature an innovative and provocative design, attention to detail and exclusive materials and workmanship.  Tom Ford glasses and Tom Ford sunglasses can all be customized with prescription lenses, just like all of our sunglasses brands. Tom Ford himself was the force behind the resurrection of Gucci where he was the creative director.  Within five years, he guided the almost-bankrupt Gucci to a $4.5 billion valuation solely on the basis of his creative vision. Leaving in 2004, Tom Ford set up his own company, and another empire was in the making.  Tom Ford sunglasses are hatched from this creative genius, and the style and quality are evident in every pair.  Tom Ford sunglasses exude the class and distinction which made Tom Ford the monster success that he is. 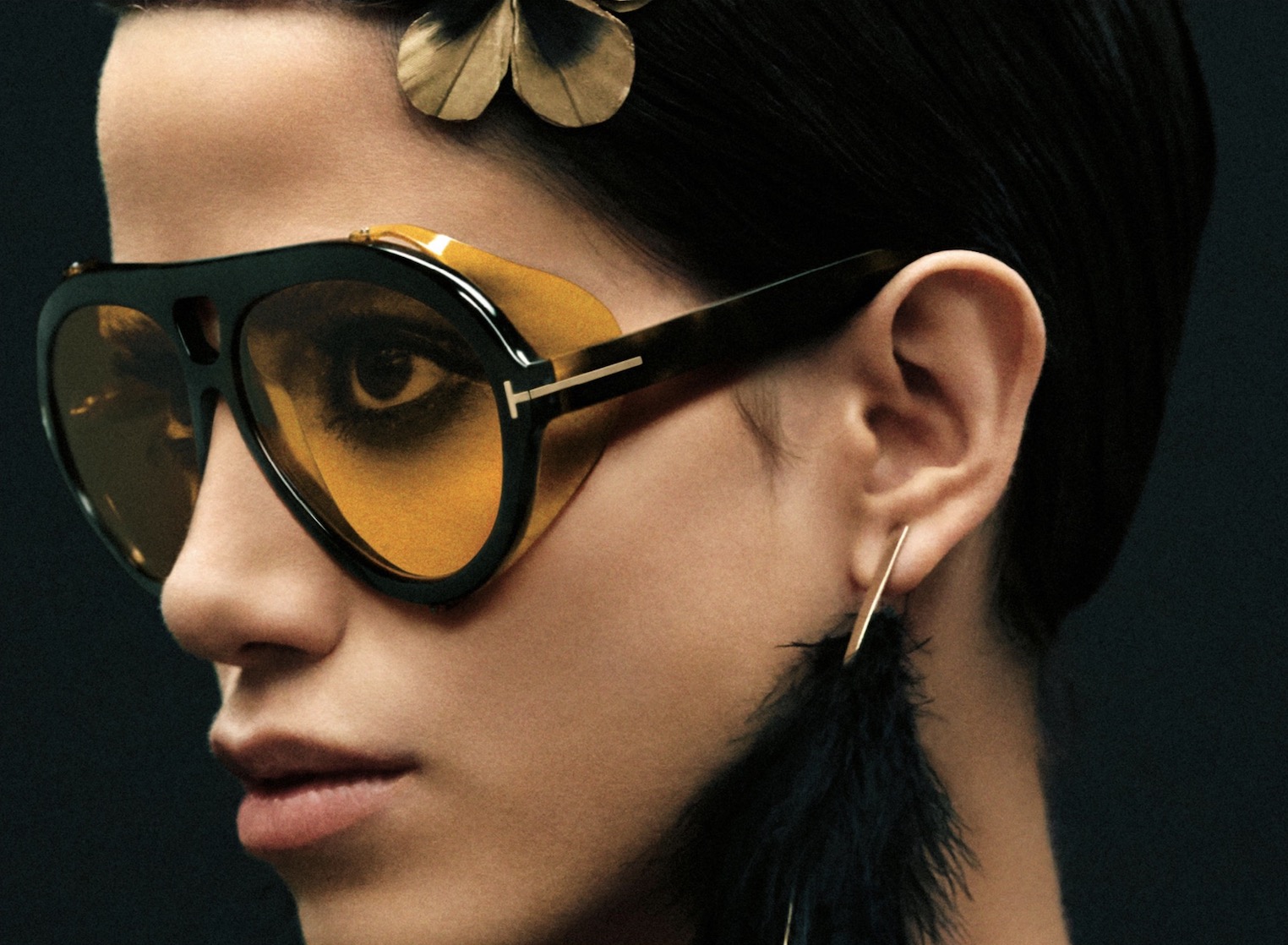 The Tom Ford Eyewear sunglasses collection uses a thicker frame style, mostly using Mazzuchelli zyl, because it offers more opportunity to bring color and depth to a face. His design makes the glasses frame create the personality, rather than hide from it.

His main values are reflected in his eyewear collection - 100% made in Italy - with a painstaking attention to detail and high quality products. Tom Ford sunglass and Tom Ford eyeglasses designs merge together both vintage and contemporary influences. All the styles are rendered instantly recognizable by the elegant metal “T” detail, the undisputed icon of the brand. The "T" is normally executed with an elegant metal inlay at the temple corners. Tom Ford sunglass collections have made it to Saks and Bergdorfs, where you can pay double the price as on Eyeglasses.com.