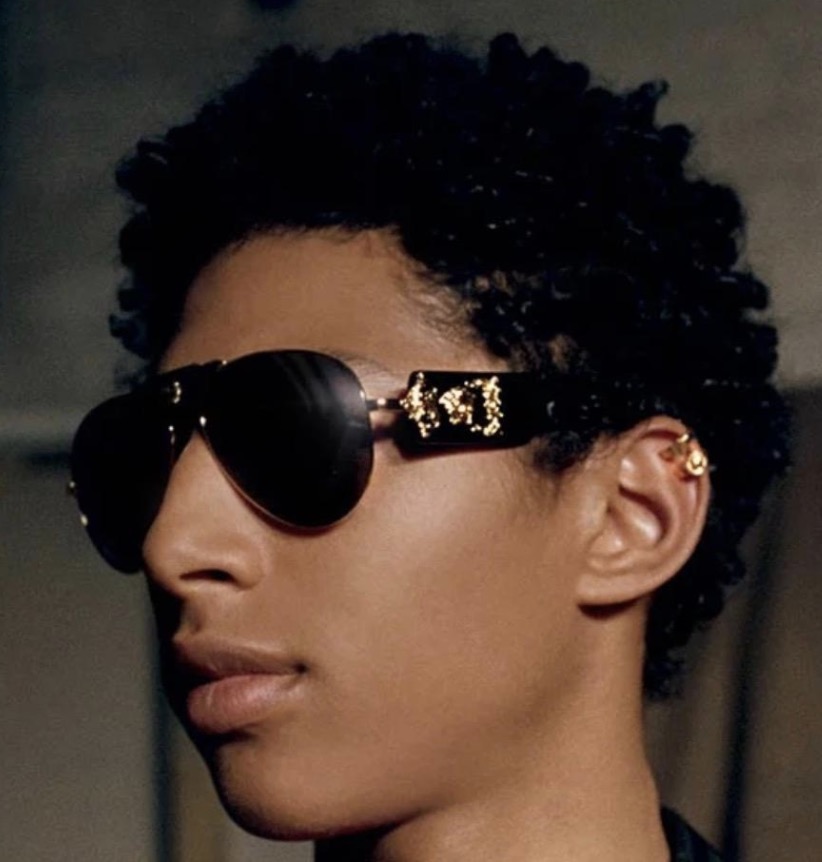 Versace eyeglasses teach us that you know a brand has truly arrived when an icon or symbol—whether it’s a vintage coin, signature hardware or a reminiscent texture— is enough to send a powerful message, evoking instant name recognition. And now enters Versace glasses. To Gianni Versace, his company logo, the Medusa, which he adopted from a sculpture of the figure from Greek mythology, was more than just a logo. It became the spirit of the House of Versace. The designer put the image on elegant apparel and had his models strike Medusa poses. Asked why he chose Medusa, Versace said, “She is seduction, a sense of history, classicism… she is a fatal attraction. 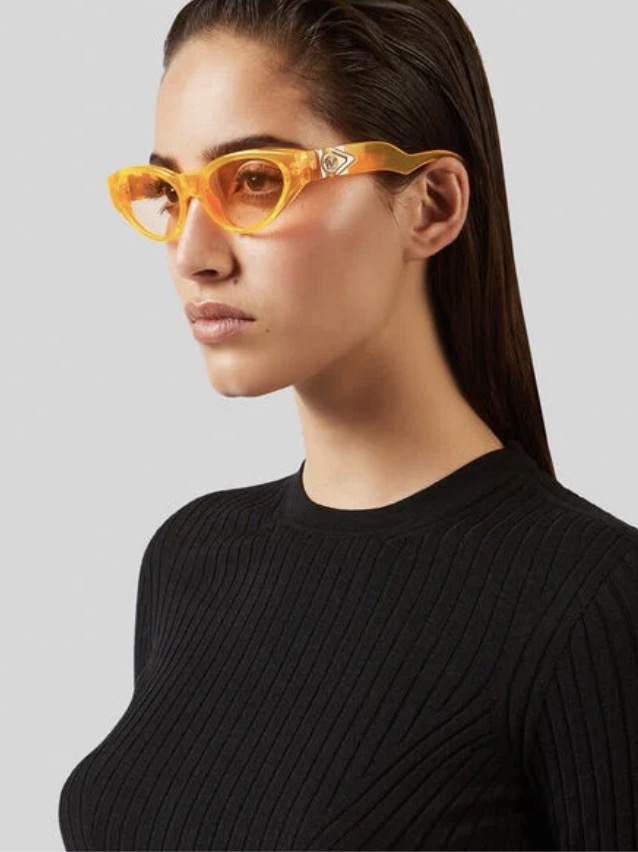 Some of the metal frames have elaborate metalwork, possibly with some plastic interspersed to show us that balance can be achieved through the presentation of a very diverse array of textures, colors, and materials. In all the models can be found the signature Versace logo, and in cases where the temple is too thin to display a large logo, the designers simply made the logo large than the temples – exceed all perceived boundaries is the message here. Almost all eyewear frames in the Versace collection can be made with prescription lenses.

The world of Versace is sparkly, jeweled, and not of this earth, as the Medusa head can surely attest. The eyewear collection is unabashed in its display of Swarovski crystals, metal plate intaglios, bold logos, and elaborate surfaces. There are very few hints of classicism in the collection; instead Versace goes where few eyewear designers can go, and the breadth of creativity in the line is truly awesome.

Versace is not an old line Italian fashion house, and its designs thumb their nose at those centuries of history. Founded by Gianni Versace in 1978, the company is a babe in the woods compared to its Italian neighbors. Yet, it is difficult not to respect what Versace has achieved in a few short years, and is currently valued at well over $1 billion. It is a shame that Gianni Versace passed to his other world in 1997, leaving the company to his sister Donatella Versace. He designed costumes for an interesting list of celebrities, including Eric Clapton, Madonna, Elton John, Diana Prince of Wales, Cher, Sting, Naomi Campbell, and many more. He was strongly influenced by Greek history (as is readily evident by the company’s logo).